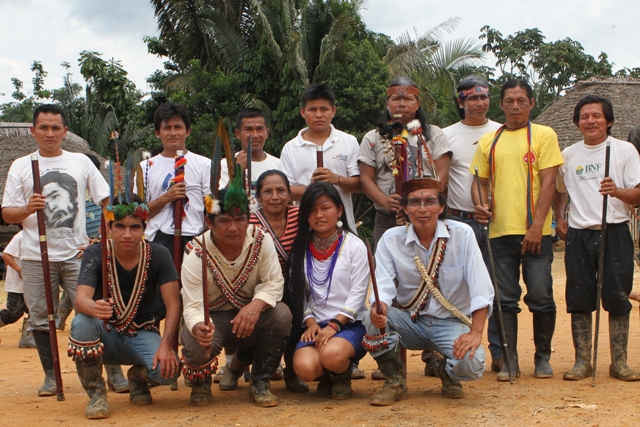 On a historic day from February 8 to 11, the Original Kichwa People of Sarayaku celebrated their ancestral festival. UYANTZA is celebrated every two years to guarantee food sovereignty and life plans of the people through sustainable management and use of their natural resources.

At the end of January, women and men began preparations for the characteristic party in charge of their four priostes or "chayuk".

The event was attended by notable personalities such as Humberto Cholango, President of CONAIE, Franco Viteri, President of CONFENIAE, Juan Cuvi, Candidate for Andean Parliamentarian, Marlon Santi, Candidate for Provincial Assembly for Pastaza, and Patricia Gualinga, Candidate for Andean Parliamentarian for the Plurinational Unity of the Left. The presence of comrade Alberto Acosta stood out, who, on the eve of the closing of his electoral campaign, in the face of the people's expectations, reaffirmed the commitment to fight against the transnational oil companies. 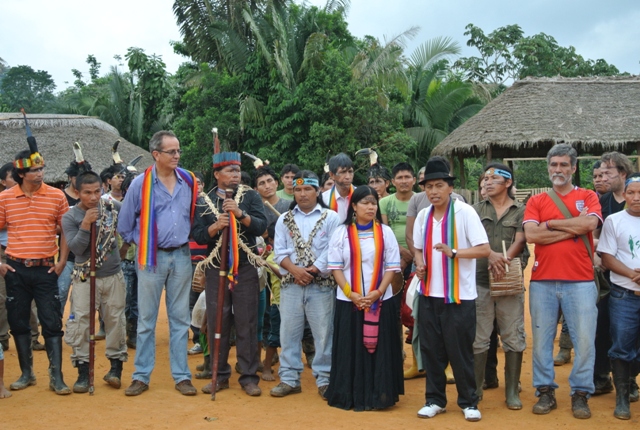 The presidential candidate for the Plurinational Unity of the Left He referred to the historic Judgment granted in favor of Sarayaku in their legitimate right to self-determination and defense of their territory from a people that "has a life plan different from the predatory neodevelopmentalism that characterizes the current government." Here the proposal of the Kawsak Sacha-Living Jungle-inferred-"where each mountain, each river or each one of the great trees intercommunicate and allow one to penetrate the world of wisdom and the sublime worldview of methodical learning."
Sarayaku's life is a story of struggle and resistance. Before the call of the jungle, international solidarity has accompanied this process of almost 10 years of international litigation that in July 2012 reached a favorable sentence and that is nothing more than the beginning of a new stage: guaranteeing its real fulfillment. That is why representatives, leaders and defenders of the rights of nature and indigenous peoples such as Fundación Pachamama, Paroles de Nature, Casa del Árbol de Quito, La Resistencia de Guayaquil and Comuna Amazónica also attended as guests of honor.

In canoes, a dozen representatives of the Sani Isla de Orellana Community arrived, guests of honor of José Gualinga, Tayak Apu from Sarayaku, who during this month led a very successful international campaign on networks to ask the current President to stop oil exploitation in his territory.

The clamor of the Sami people of Sweden also reached Sarayaku through Carmen Blanco, former president of SAL (Solidarity Sweden Latin America) and Peruvian activist who, in a very emotional speech, explained the threat that the people are suffering from the irruption of mining prospecting in the Sápmi Territory. Comrade José asked a representative of the community to sign a symbolic parchment that, being part of the Carta Gaia initiative (which brings together representatives of communities of the Sami people, environmental organizations and Swedish local resistance groups) traveled with Carmen from the Nordic territory and that when he returns to it, he will undoubtedly embrace the struggle of the noble Sami people. 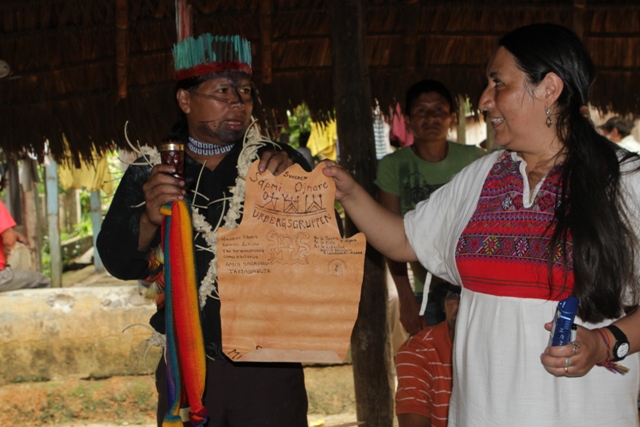 Now the people of Sarayaku and the whole world await the 4 hours of audio report by Radio Francia Cultura, the notes compiled by Diario el Universo, press agencies and a high production documentary for next year under the direction of Carlos Idrovo and Philip Alvarez.

SHAMUNGUICHU –arrival from the jungle-, SISA CAMARI–offerings of flowers-, MIKUNACAMARI –the great banquet- and PURU PAKINA –breaking of vessels- were the four days of a circular festival that meant the unity of the peoples through a true dialogue and confluence of ancestral knowledge with the Western world.

This article has been read 97 times