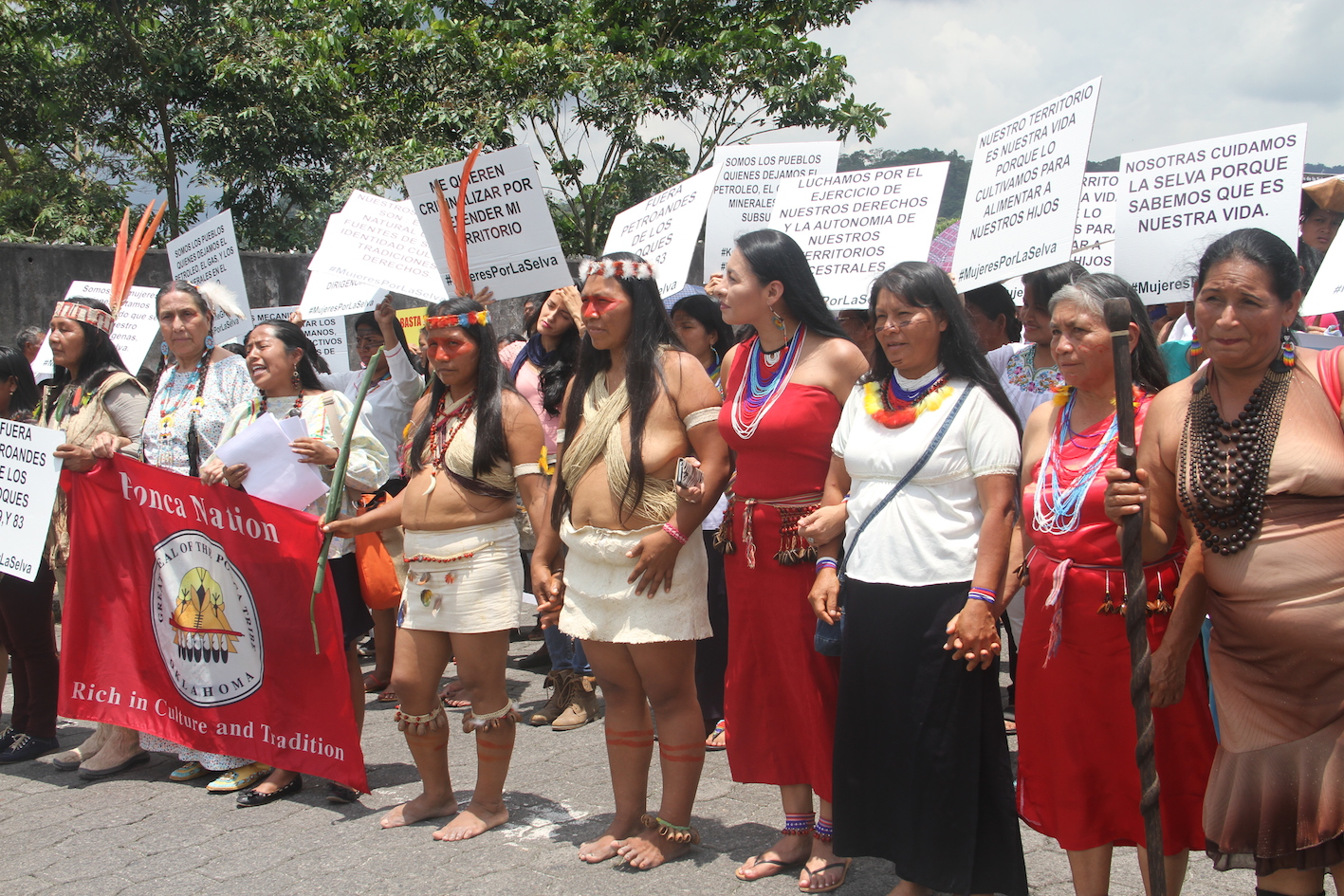 Hoy, 8de marzo, en el Día Internacional de la Mujer, acerca de 500 indígena, latin and foreign women have gathered in the city of Puyo, to protest against the violation of their rights.