The Original Kichwa People of Sarayaku begin the journey towards the Climate Change Summit – COP 21 in Paris- France.

The Sarayaku people have been invited to participate in the Conference of the Parties within the framework of the United Nations Climate Change Treaty, called COP21, in the city of Paris, France. In this framework, the Kichwa people of Sarayaku will participate with a delegation of 10 people between men and women. Leaders and leaders of experience, a high-level representation led by Felix Santi, Tayak Apu- President of Tayjasaruta. The delegation will have an agenda of transcendental activities that will take place from November 25 to December 11 and that concludes with the presentation of the proposal Living Jungle – Kawsak Sacha which is an alternative proposal for protection and conservation from the original peoples in the face of Climate Change.

Sarayaku will carry out an exhibition where they will present everyday objects, both crafts and traditional musical instruments of their people. As a central exhibition, a traditional canoe will be exhibited, ancestrally used by the original peoples as a means of ancient transportation. This will demonstrate the existence of a living Kichwa culture in Ecuador as an example for all the peoples of the world.

Today we start our journey from the Sarayaku territory to Paris, crossing the great Bobonaza River. The journey of the canoe that will arrive in France is a symbolic act of brotherhood and encounter from the other side of the continent with a message of life for the entire world.

BY THE GOVERNING COUNCIL OF TAYJASARUTA.

PRESIDENT OF THE SARAYAKU ORIGINARY PEOPLE. 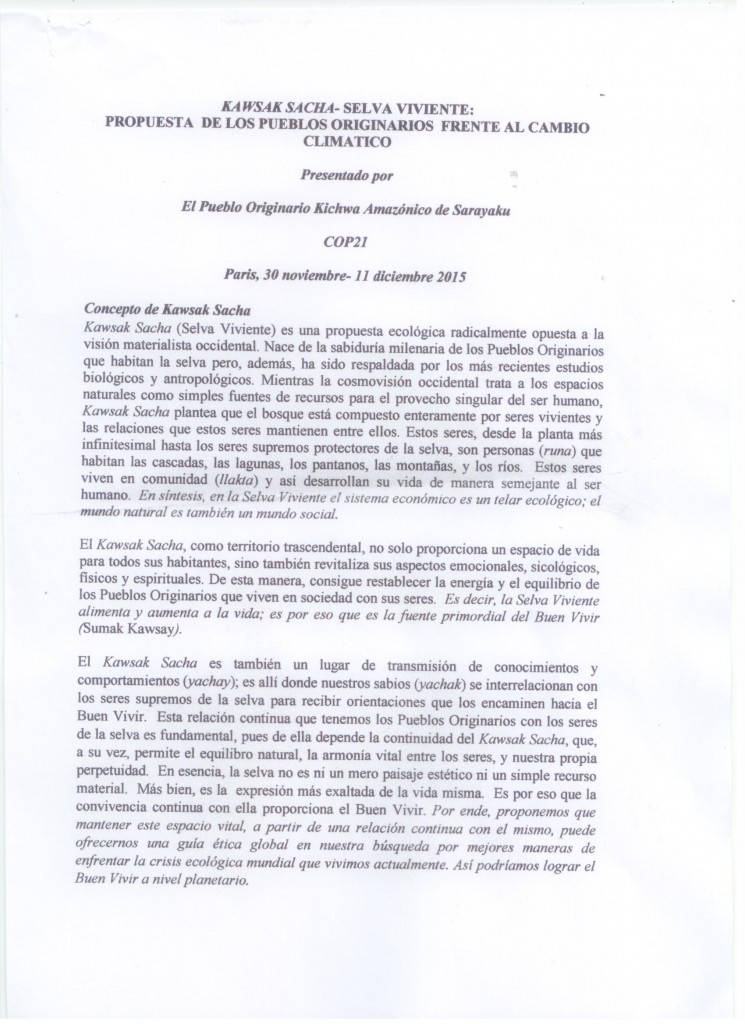 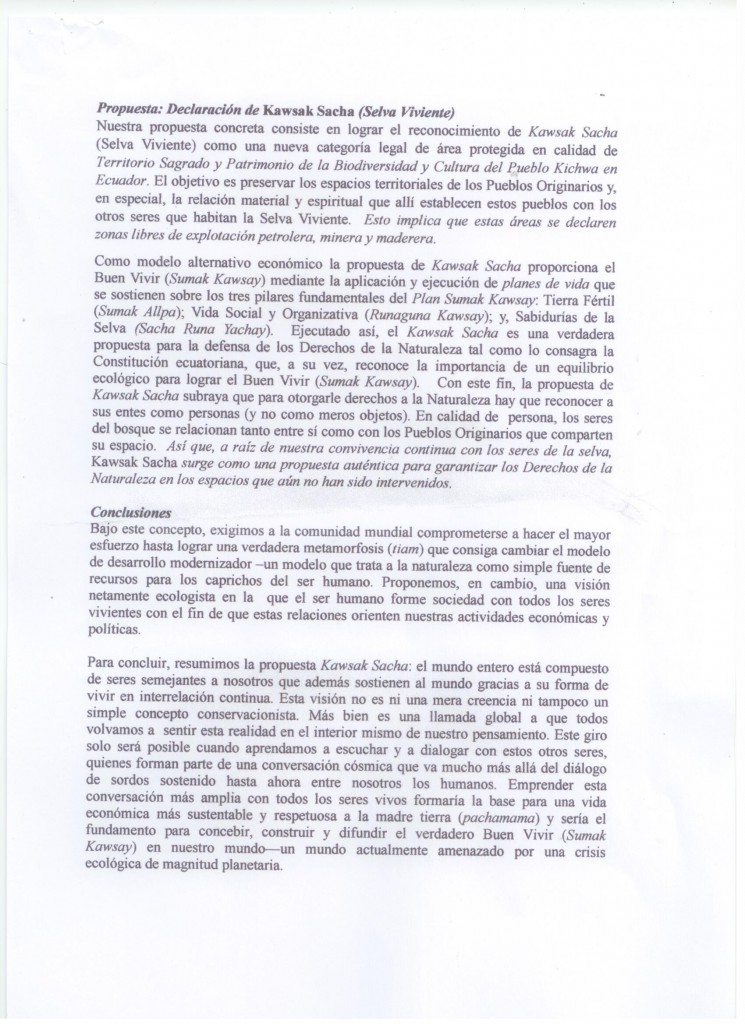 This article has been read 26 times