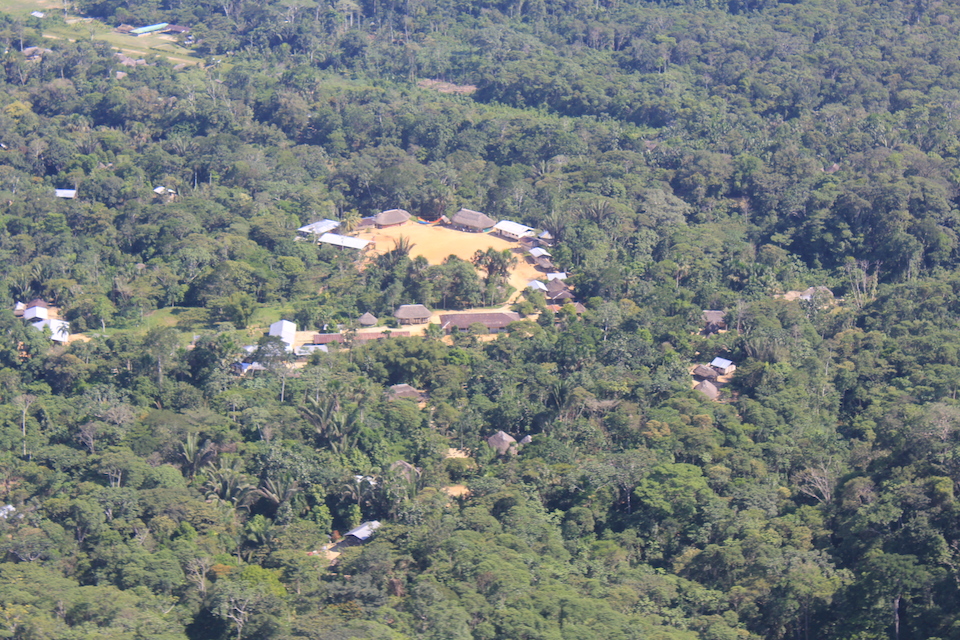 In this part of the country, there is no highway. To get to Sarayaku you must go by river or by air. The population of this town (1,200 inhabitants) lives in a traditional way, from fishing, hunting, agriculture and gathering.

There is a long history since the arrival of the “Tayaks”, founders and ancestors to the current Sarayaku people, known as the great defender of their collective rights and of nature against the invasion of multinational oil exploration and extraction companies. This town has a great history and an important role in the organization of the original nationalities of the country. It is recognized as the "Original Kichwa People of Sarayaku", legally represented by its Governing Council TAYJASARUTA. 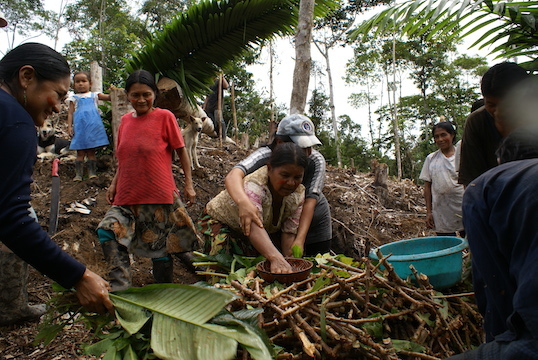 The elders say that the Sarayaku people descend from pumas and trees. Our ancestors, who transformed into cougars, were the Tayak, wise men of the jungle, who since Yakumaman (the large rivers such as the Amazon or the Marañón) crossed the slopes of the Pastaza, Napo, and Bobonaza rivers, baptizing the places they traveled. One of those places was Sarayaku. They called it that, Rio de Maíz, because in their visions, through the ritual of the Ayawaska, the Tayak They saw that from upriver at the mouth of the current Sarayakillu, ears of corn descended.

In time of the Tayak,  the Likuatiki Kuraka he led his people. To reach that privilege and position, it was necessary to achieve understanding and communication with the world of nature and to have passed a series of physical, mental and psychological tests (Yachay).