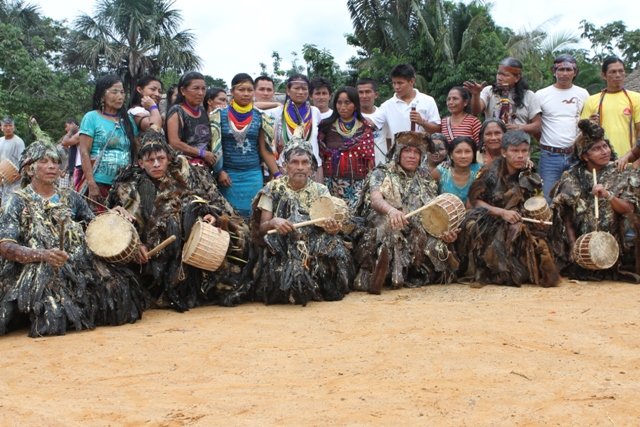 The attempts at electoral division failed to break the dignity and solid unity of the people of midday. Sarayaku once again demonstrated with more than 1200 votes to be PACHAKUTIK defeating all the political parties and movements that did not even reach 3% of votes

The democratic spirit exercised from the deep jungle is a clear message for all Ecuadorians and state institutions so that they understand that we are a multinational country that from the center of the wonderful Amazon we have exercised our right.

We remind you that the Original Peoples have not lost the elections in our territory. The current triumph of the Government of Rafael Correa Alianza País, is a victory in urban territories and the big cities of Ecuador. We respect this popular and democratic decision, understanding from our logic that true democracy is not manifested only in majority or minority but in respect for constituted rights.

We will continue to defend our living territory, a fundamental life space to develop life plans and the Sumak Kawsay, and we will not accept the destruction of our home by foreigners.

The true revolution is in our territory since from this space we defend national sovereignty.

This article has been read 16 times