VI CONGRESS OF THE ORIGINAL KICHWA PEOPLE OF SARAYAKU, ON ITS THIRD DAY. 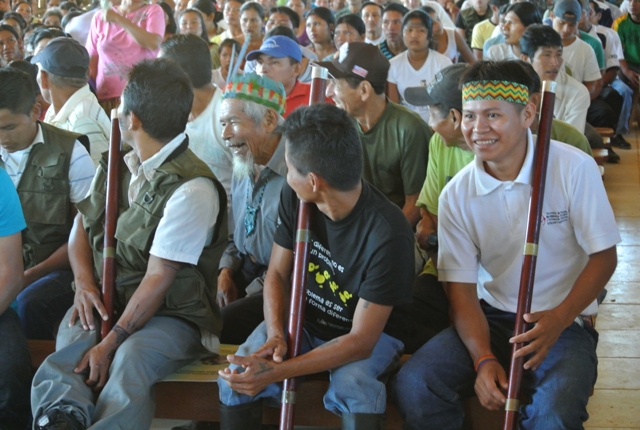 Convened in the "noon house" under the burning sun of Sarayaku, the entire town attends its VI Congress that will culminate on Sunday, April 28, with the election of the new leaders who will lead the new stage of struggle.

Gregorio Gualinga, representative of the Sarayaku School, presented to those present the historical review of the town, projecting the present for the construction of the future. He thus recalled the figure of leaders such as Achi Raúl Viteri, who was President for two consecutive terms. 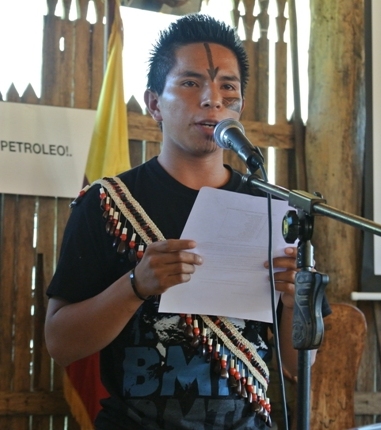 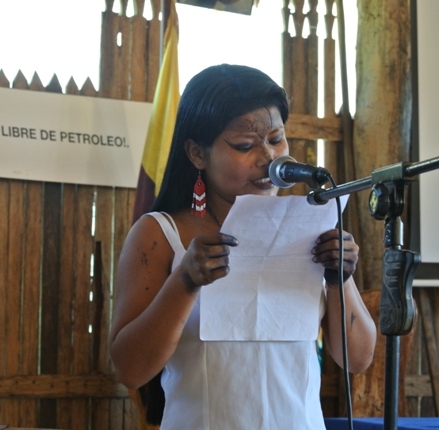 The historic sentence of the Inter-American Court granted to Sarayaku in 2012 marked a transcendental precedent and is recognized as another victory of the peoples of the world. The Uyantza (Raymi) is the ancestral festival of Sarayaku, for which Raiza Gualinga expressed, on behalf of women, the power transmitted by the tradition inherited from generation to generation by being descendants of the wituk Y manduru warmi kuna, spirits that give beauty and strength to Sarayaku women. 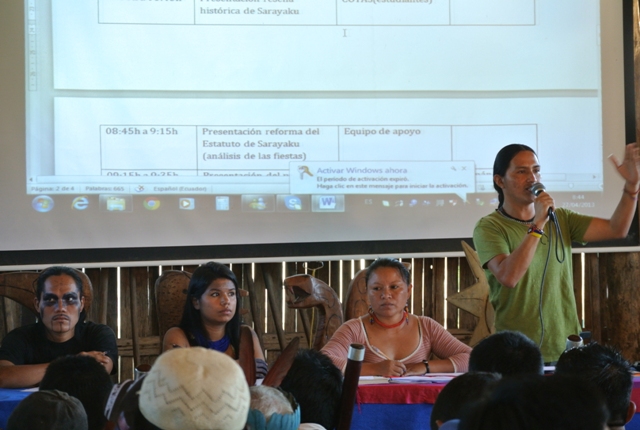 
Right now the People's Statute is being analyzed. At the moment, the declaration of the Kawsak Sacha-Living Jungle as sacred territory, biodiversity and cultural heritage of the Peoples and Nationalities in Ecuador is incorporated by unanimous vote. The Kawsak Sacha implies a new category based on the recognition and adoption of oil, mining and forestry exclusion zones; symbolic and geographical delimitation through the development of the Jatun Kawsak Sisa Ñampi "The Living Path of the Flowers" and the implementation and application of the Sumak Kawsay through the actions of life plans.

This article has been read 19 times