THE MOBILIZATION OF WOMEN FOR LIFE. 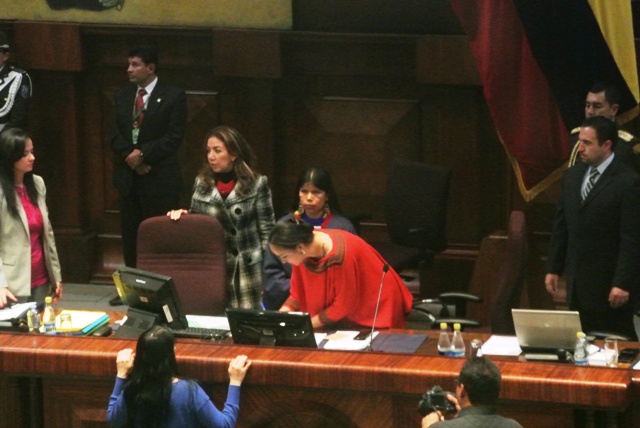 The Mobilization of Women for Life delivered yesterday, in the afternoon, an official letter to the National Assembly in response to their statements on Monday, October 20.
Among some important points, the invitation made by said organization to women, to be attended on Monday, October 20, was denied, since the official statement arrived that same day in the morning. In addition, a hearing was requested with the entire group that has been mobilized and that includes women, boys and girls and the men who have been accompanying them.
In response to this, the Mobilization of Women for Life went to the National Assembly around 10:00 to be attended by the entire body. However, only six women were allowed to enter, unofficially, so their hearing was not part of the day's agenda and was held before the quorum began. In the 10 minutes that the meeting lasted, the only ones who spoke were Patricia Gualinga, Gloria Ushigua and Linda Enqueri, and they left without receiving any response.
In view of this situation, the Mobilization of Women for Life calls a press conference today at 1:30 p.m. at CONAIE, the organization that is temporarily hosting the mobilized, to express the position of the compañeras against the insensitive attitude of the National Assembly and report on other activities to be undertaken. 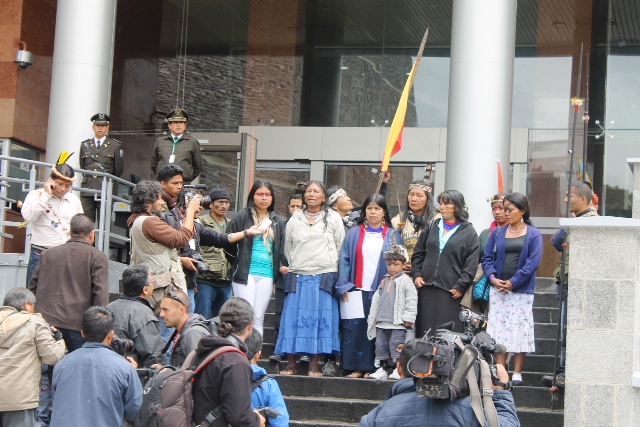 This article has been read 16 times