RESPONSE TO THE COMMUNICATION ISSUED BY THE SECRETARIAT OF HYDROCARBONS ON JUNE 1, 2015

HYDROCARBONS SECRETARY PLANS TO DISMEMBER THE KICHWA TERRITORY OF THE BOBONAZA RIVER BASIN.

In the statement entitled "The Ecuadorian State carries out information gathering in the area of influence of blocks 74 and 75, complying with the Constitution and the Law", an alleged "Prior Consultation" is mentioned that would have been carried out in the months of March and April. The Constitution of Ecuador in article 57, numeral 7. Establishes the right to: "Prior, free and informed consultation, within a reasonable time, on plans and programs for prospecting, exploitation and commercialization of non-renewable resources that are found on their lands and that may affect them environmentally or culturally;” (...).

We must point out that Block 74 and 75 affect 68% of the surface of the territory of the Kichwa People of Sarayaku. (See Map) Even so, the government did not carry out the Free and Informed Prior Consultation, as was ruled in the Judgment of the Inter-American Court of Human Rights:

“The State must consult the Sarayaku People in a prior, adequate, effective manner and in full accordance with the international standards applicable to the matter, in the eventual case that it intends to carry out any activity or project for the extraction of natural resources in its territory, or plan of investment or development of any other nature that implies potential effects on its territory.” Paragraph 299 and 300.

On the other hand, this “consultation” is illegitimate since the regulation contained in Decree 1247 was not carried out with the participation of the indigenous peoples, as the Inter-American Court ruled:

“The state must adopt legislative measures, administrative or of another nature that are necessary to fully implement and make effective, within a reasonable time, the right to prior consultation of indigenous and tribal peoples and communities and modify those that prevent its full and free exercise, for which you must ensure the participation of the communities themselves, in the terms of paragraph 301 of this Judgment.” Paragraph 301.

Faced with this, the Inter-American Court is very clear in its sentence when it indicates that the:

(…) “The State must effectively guarantee that the plan or project that involves or could potentially affect the ancestral territory, involves the prior completion of comprehensive environmental and social impact studies, by technically qualified and independent entities, and with the active participation of the indigenous communities involved”. Paragraph 300.

We denounce to the national and international public opinion that a dismemberment of the collective territory of Sarayaku is being prepared by supposedly recognizing a false self-demarcation of small communities such as Teresa Mama and Chuva Cocha, Molino, as expressed by Mr. Alexis Guerrero, an official of the Hydrocarbons Secretariat. This practice known from previous governments is being repeated. 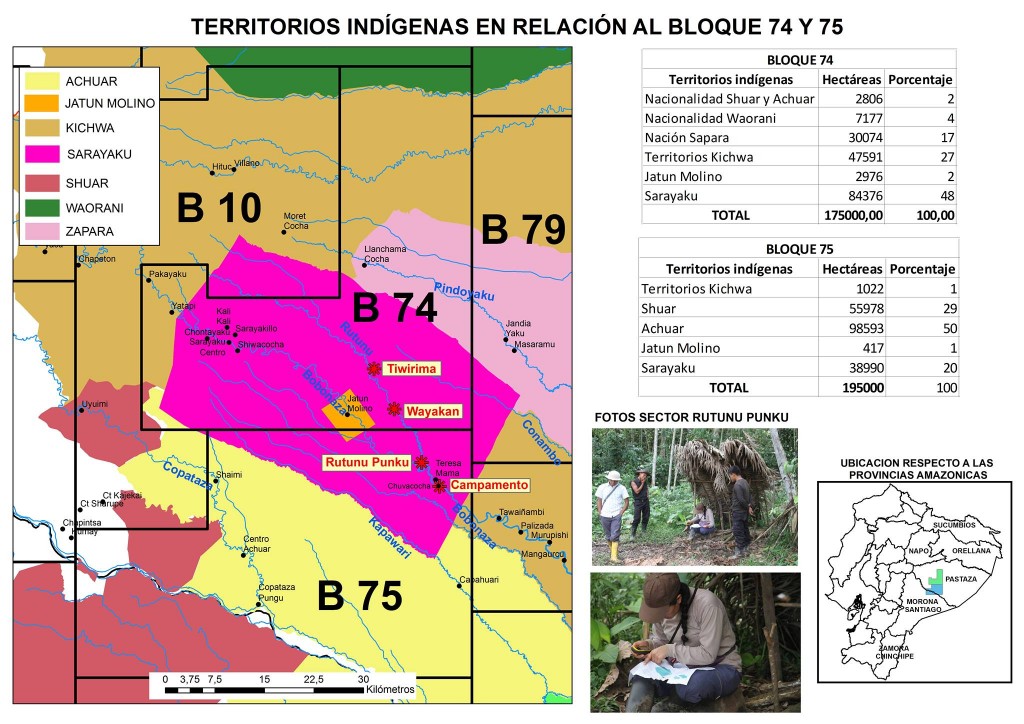 This article has been read 228 times