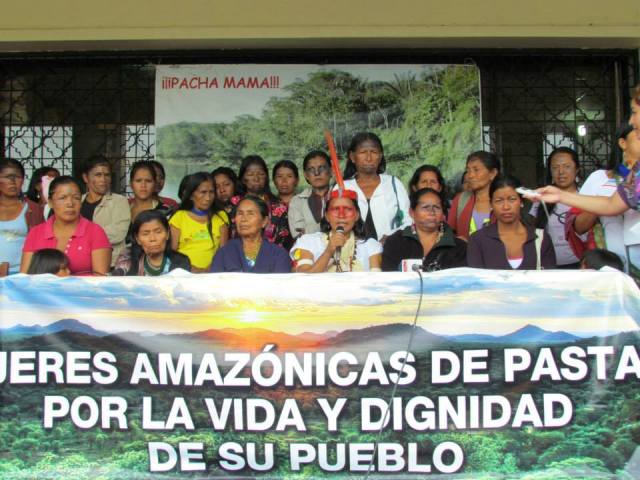 As Amazonian women fighting for life and for our Kawsak Sacha (living jungle), we want to express our rejectionor to the way in which the authorities have responded to our alert call in the face of the serious situation that the peoples of the center-south of the Amazon are experiencing.
Despite what some media say, we have not received any formal response to our request for a hearing in the plenary session of the National Assembly. The communiqués that have circulated directly to the media and the offers to be received by a delegation will not be taken as an official response since they not only go over the leaders of the nationalities but also do not meet the expectations of the compañeras who come marching from Puyo.
At the moment we are waiting for a serious response consistent with the demands of women who come from a long and hard journey to make their message clear in the capital.

This article has been read 250 times