Colloquium « In the footsteps of Danielle Mitterrand » 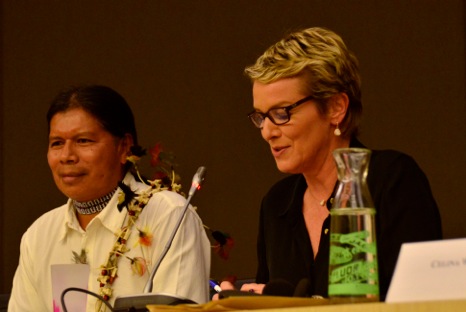 In the National Assembly of France, José Gualinga, Tayak Apu (President) of the Original Kichwa People of Sarayaku was invited to speak during the colloquium « In the footsteps of Danielle Mitterrand », made in tribute to Mrs. Danielle Mitterrand, one year after her death.

The main objective of this colloquium was to highlight the values and commitments that Mrs. Mitterrand had in finding inspiration and strength to move forward in favor of human rights and common goods. 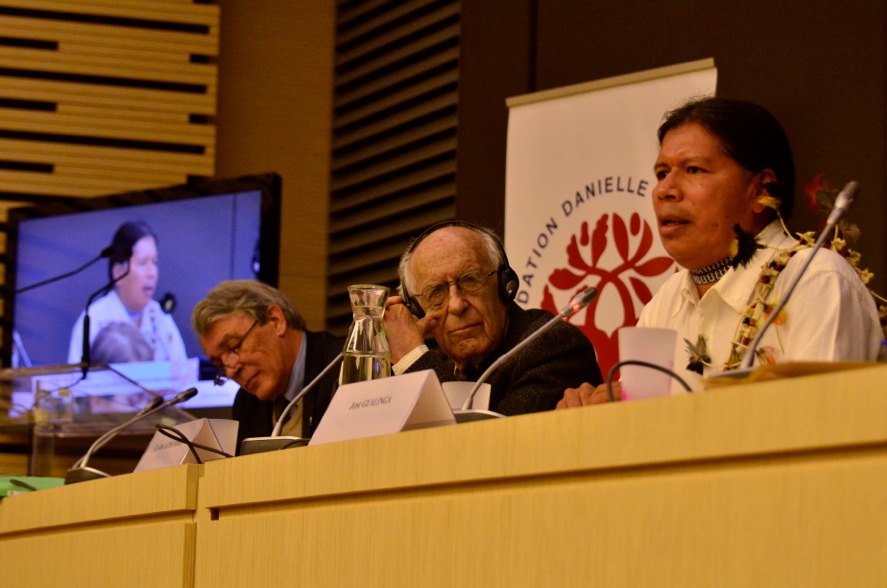 José Gualinga, along with other personalities such as Federico Mayor (Former Director General of UNESCO and promoter of "Culture and Peace"), Najat Vallaud Belkacem (Spokesperson for the French government and Minister of Women's Rights), Abdou Diouf ( General Secretary of the Francophone Region), Vandana Shiva (alternative Nobel Prize), Lula Da Silva (Ex-President of Brazil) spoke about the rights of peoples, common goods for life, the spirit of resistance and indignation as the driving force of action.

In this event, José Gualinga denounced the threat of the XI Oil Bidding Round convened by the Ecuadorian Government because it violates the rights of the native peoples of the central-southern Amazon region of the country.

“The excessiveness characterizedor to this system. Life was relegated to the background as well as human riches and natural riches”. Danielle Mitterrand (Book « What I do not accept »). 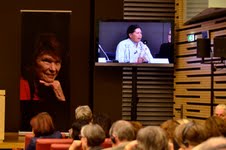 « The memory of this exemplary woman will remain in the memory of the Sarayaku people and will continue from generation to generation. » Jose Gualinga, Tayak Apu of Sarayaku